British billionaire and diamantaire Laurence Graff paid $53 million for the 1,109-carat Lesedi La Rona, the largest gem-quality rough diamond discovered in more than a century. Graff's purchase marks the poignant reunion of two of the world's largest and most high-profile diamonds. You see, Graff had already paid $17.5 million for the 373.72-carat "chunk" that fractured from her sibling during the mining process. 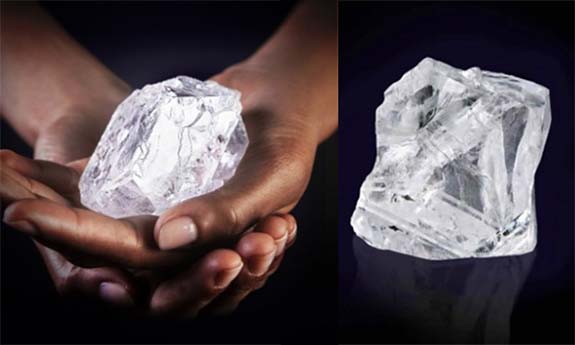 Lucara Diamond Corp. and Graff closed the deal with a handshake after more than a year of negotiations. The 79-year-old founder of Graff Diamonds had purchased Lesedi La Rona's smaller sibling at Lucara’s Exceptional Stone Tender in May. That price was $46,827 per carat, just slightly lower than the $47,777 per-carat price paid for Lesedi La Rona.

“We are thrilled and honored to become the new custodians of this incredible diamond," noted Graff in a statement. "Our highly skilled team of master craftsmen will draw on many years of experience of crafting the most important diamonds, working night and day to ensure that we do justice to this remarkable gift from Mother Nature." 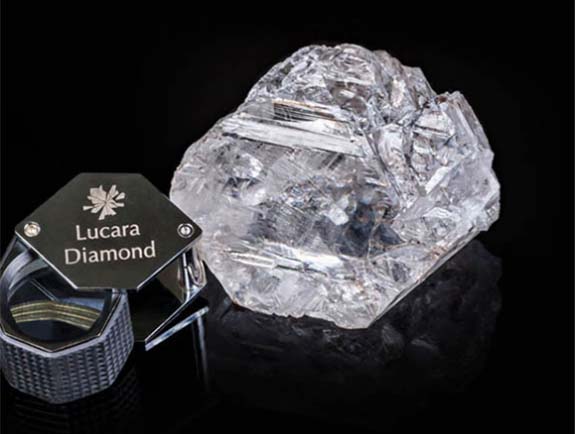 What the tennis-ball-sized Lesedi La Rona will ultimately yield after the cutting and polishing process is still a mystery.

"The stone will tell us its story. It will dictate how it wants to be cut and we will take the utmost care to respect its exceptional properties," Graff added. "This is a momentous day in my career, and I am privileged to be given the opportunity to honor the magnificent natural beauty of the Lesedi La Rona."

The largest gem-quality rough diamond of all time is the 3,106-carat Cullinan Diamond. It was discovered in South Africa in 1905 and eventually cut into nine major pieces and 96 smaller brilliant-cut diamonds. The largest of the polished diamonds, the Great Star of Africa, weighed 530.4 carats and is now part of the British Crown Jewels.

Back in June of 2016, Lucara Diamond Corp. was confident that Lesedi La Rona, which means "our light" in Botswana’s Tswana language, would fetch at least $70 million when it went under the hammer during a stand-alone sale at Sotheby’s London.

The diamond went unsold when bidding stalled at $61 million. Then, in the summer of 2017, Lucara officials lamented that Lesedi La Rona might be "too big to sell" and contemplated slicing it into smaller parcels.

At first blush, it appears as if Graff made a great deal at $53 million. By comparison, the 813-carat Constellation — also sourced from Lucara's Karowe mine in Botswana and nearly 300 carats lighter — sold for $63 million in May of 2016. In fact, Lesedi La Rona, the Constellation and the Graff "chunk" were all found within 72 hours of one another in November of 2015.

All three stone are rated Type IIa, the purest of all diamonds because they are composed solely of carbon with virtually no trace elements in the crystal lattice.

Graff is no stranger to the world of magnificent diamonds. In 2006, he bought the 603-carat uncut Lesotho Promise for $12.4 million. Also among his treasures are the D-flawless 102.79-carat Graff Constellation, the 118-carat vivid fancy yellow Delaire Sunrise diamond and the internally flawless 23.88-carat Graff Pink.